This is the second of three synched blog reviews with Jamas and Al - check them out! 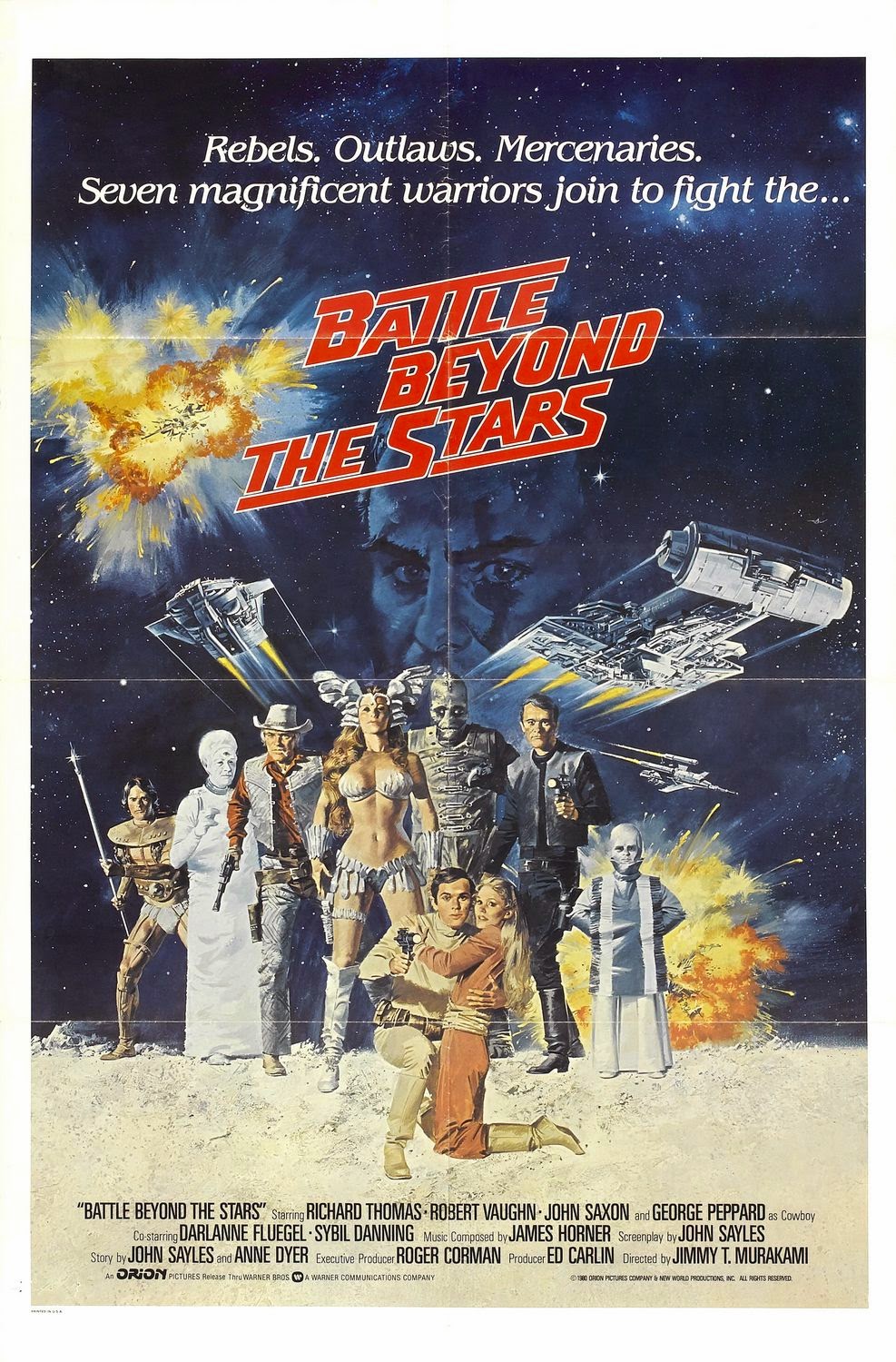 Of course, between Kurosawa and Corman there was John Sturges' The Magnificent Seven, and it shold be said that Battle owes much more to the Western version, stealing dialogue and one of its stars - Robert Vaughn playing virtually the same character, as it does. I haven't seen Sturges' film, but I have seen Kurosawa's, and I'm biased, because my ideal sci-fi adaptation of Seven Samurai features robots (the Meknificent Seven) and was written by Pat Mills Tharg.

Corman's robots aren't bad - all disco moves and all, but they're no Hammerstein and company, and so the rest of the movie falls - too many humans in bad makeup, not enough sci-fi spectacle, and a space ship with a really distracting rack. 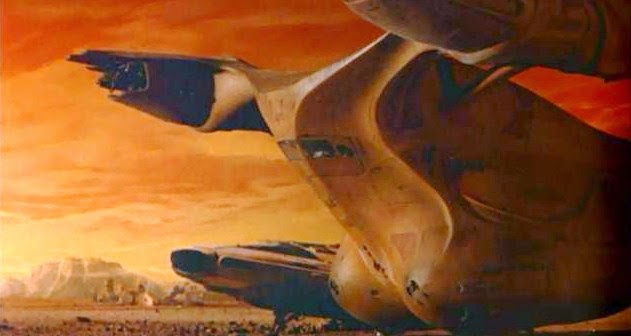 You have to give props to an actual spaceship to try to upstage Sybil Danning, but the organicaly-designed Nell does - for the most part, helped along by the very very thin character given Danning's Valkyrie, secreted somewhere between her Thor-lite costume and increasing innuendo. Seriously - Google will provide what I won't: fill your boots. 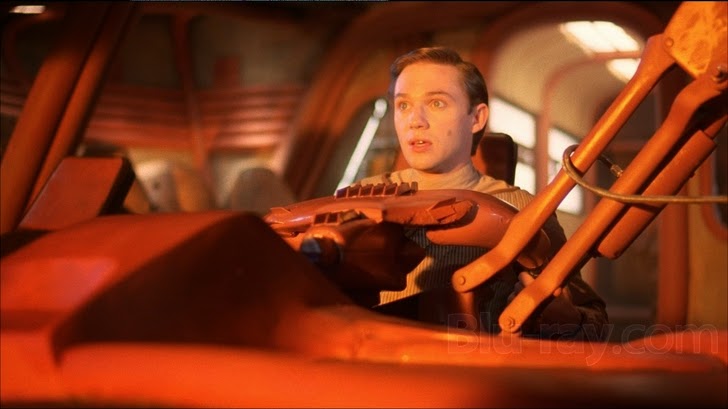 Our hero is Richard 'John-Boy' Thomas and a rag-tag bunch of desperadoes - the aforementioned Vaughan (taciturn gunslinger - nice idea, but phoning it in), Danning (The Howling II is only five years away!) and an affable George Peppard as an actual space cowboy ("I'm from Earth - ever heard of it?") alongside some nice but frankly squandered ideas - a female robot technician who technicians no robots, Nestor the gestalt entity who has a really nice jellyfish-like spaceship, and Cayman - a lizardman who is the last of his kind (awww.) 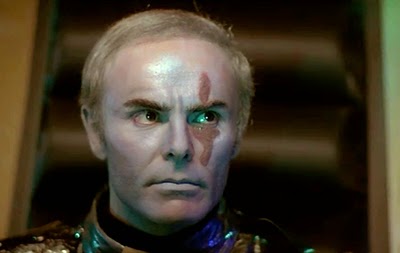 All have reasons valid and spurious to off chief baddie Sador, a limb-replacing, shiny-faced megalomaniac who farms civilisations, destroys planets and never leaves his ship (maybe he's in another movie? I wouldn't put it past Corman.) Honestly - would it have hurt Corman to actually have a end-level fight with the big bad and the hero on their feet and properly duking it out rather than all these interminable dogfight scenes? I don't care if they were the work of James Cameron - this is one of many wasted opportunities!

I'll draw this thing up. I'm glad I've finally seen Battle Beyond the Stars, but I fear a year of film studies and The Galaxy's Greatest Comic may have spoiled the novelty for me. This movie is just too contrived and cheap - its spaceships made from butchered Star Wars models, its dialogue lifted from another movie. As it turned out, I do believe I have seen this movie - or bits of it at least, aged fourteen watching the daggy ends of Tom Hanks opus Bachelor Party, where segments feature as part of a 3-D movie at the film's climax (still my favourite part of the movie - both movies!) Had I seen this aged ten, chances are my memories would be as fond or at least as vivid as those I have of The Black Hole. But at fourty-four I'm officially Getting Too Old For This Sh*t. And that's my review of Battle Beyond the Stars by Roger Corman.
Posted by Jet Simian at 7:00 AM