Whups, I may have forgotten a couple of Fridays.

ANYWAY, when last we met I issued a challenge to readers on Twitter to nominate a Sharon O'Neill song for the next Friday Night Local post. How did that turn out? Variably.

I can only conclude that because O'Neill is such a significant figure in the not-small arena of Kiwi women in rock, that simply coming up wth consensus was just too darned hard. Guanolad nominated 'Physical Favour's, but lost his bottle on it. Frankly, the late Eighties are not O'Neill's happy hunting ground, and I really think the other end of the decade is where her star shone brightest. On that note, Jamas sggested 'Maxine' - ah, but which video? The Australian one or the NZ one?  Answer: the Australian one is the more recognisable, with its quasi-narrative about the ill-fated streetwalker, but I prefer the local version. It's familiar without being overplayed - and 'Maxine' got a lot of play on both sides of the Tasman.

That was it for the punters, besides occasional commentor Tim who wanted a Shona Laing number (sir, hang your head in shame), and to be honest I thought I'd see Paul S chime in with the theme from 'Smash Palace', a great opener to Roger Donaldson's early masterpiece of kiwi mateship. 'Asian Paradise' has its fans... I'll leave that there. Here's mine instead:


'Words' is from O'Neill's debut and frankly, I can't hear it wthout wanting to sing along, surely the mark of a great pop song. Her voice doesn't have the husky, Christine McVie sound of some of the aforementioned tracks, but melodically it's very sharp, with some great backing vocals (check out the number of mic stands in that video!), and hell, any upbeat song that opens with the line "let me out like the new blood at the slaughter." is worth listening to I reckon.
Posted by Jet Simian at 9:53 PM 5 comments:

Down with the Clown!

A short blog post from me today, folks. Family medical emergencies having claimed all spare time and concentration*, this is one from the vault of drafts: Riddle me this: what is in this picture below?

Answer: A nail, of course. Ah, but no ordinary nail - it's been monkeyed with and turned into an even handier tool than one made to wed two pieces of wood - indeed, one that every scratch-build modeller, kit-basher and dad should have in their kit! One hack-saw, a model vice, a bastard file and some careful metal torture later a rare tool indeed has been born; one that was never meant to be wielded by those outside the fast food industry's toymaking empire... 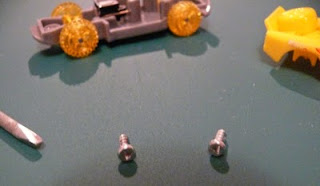 "The worm has turned, has it not, my Happy Meal freebie friend? Look at you! You were once so proud, intact and flat of battery. Now feel the wrath of the tri-driver of Jet Simian!"

(*Family medical emergencies righting themselves by the day, incidentally)
Posted by Jet Simian at 9:27 PM No comments:

Email ThisBlogThis!Share to TwitterShare to FacebookShare to Pinterest
Labels: Domestic, Make Me a Model, Post-Apocalypse, Toys

The nights are getting darker earlier, the mornings stay gloomy for longer. There's a slight bruising to the clouds, and afternoons have the watery light of sun through old glass. Yes, Autumn is finally here.

It's not time for winter songs yet, though - oh no! I have some sweet little mid-year ditties to come yet, but in the mean-time we've had quite the day today with- shock me, some rain! This is a big thing, because for overseas readers, growing parts of the country are in drought or near-drought conditions, and even poor Sticky Al has lost a tree or two in his country abode to simply not enough water. So it's not all fun in the sun this year, and as more of an indoor Simian I for one celebrated some change in the weather with today's rather heavy precipitation, and what it might mean for our poor garden.

So this video says it all, albeit with milk bottle top foil cutouts, some easy-to-learn shape throwing moves, and a handy bottle of fabric softener in the first verse. No David Yetton here, as this is presumably during his OE away from the band, but the requisite amateur Flying Nun look and daggy JPSE humour is there. It's a fun, audience-friendly song, as was road-tested by my band during a Southland tour many years ago. Grab your gumboots and enjoy!


POstscript: Next week for a change I'm crowdsourcing this puppy with some audience participation. The subject will be the one and only Sharon O'Neill - but which video should I play? Answers below, or on twitter, hashtag #FridayNightLocal.
Posted by Jet Simian at 9:49 PM No comments:


"I am the sturm und drang / I am the schadenfreude"

In unprecedented haste for a band of its age, the twelfth studio album from Manic Street Preachers was released around six months after its companion, Rewind the Film. Both albums complement one another, and yet are intended to be opposites, Rewind the introspective middle-aged Holy Bible, while Futurology, while not exactly future-looking, is an optimistic, outward-looking work. Its predecessor is no slouch, but fed on Krautrock, and presenting electronic soundscapes and a peculiarly Welsh view of modern European history, the Manics' latest album is one of their strongest and most complete.

Like Rewind the Film, Futurology was recorded at Hansa by the Wall, in Berlin. The British artist or group retreating to Berlin for reinvigouration and reinvention has past form, of course: Bowie (Low and "Heroes") and U2 (Achtung Baby) both did it, and while Manics eschewed Eno and parted with Visconti five albums previously, there is a sense of hat-doffing to the former. But this isn't pastiche as Achtung Baby pretended towards (and Zooropa achieved) but a logical transition. Doubled with Rewind the Film, its studio companion, the two albums converse and share ideas, sounds and influences. 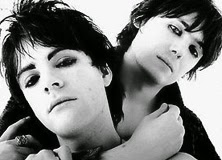 Futurology is a confident album - still equipped with the doubts of Rewind, but seated in a continental context, and an historical one. Its Europe is a Europe of ghosts both living and dead: - 'The Next Jet to leave Moscow's' "old jaded Commie walking in Red Square", while bonus track 'The Last Time I Saw Paris' has its protagonist wander the French capital looking for 'the boxer' (Sartre) and 'the goalkeeper' (Camus), Grieg's 'In the Hall of the Mountain King' is sampled in 'Let's Go To War', Munch's painting in 'Between the Clock and the Bed', and more personally, the shimmering 'Divine Youth' sparks from Wire's catching an image of himself and Richey Edwards in their younger heyday on a bootleg t-shirt.

So while U2's European experience is largely as travellers and impressioned observers, Manics draw on European political history, Welsh history as European history ('Dreaming a City (Hugheskova)' and 'The View from Stowe Hill'), and their own politics to create part-essay, part travelogue. Far from the cut-up soundbite approach of the Richey era, there are easier entry points in thee songs, and what seems to be an attempt to demystify the lyrics, maybe Wire's past-affirmed "attempt at mass communication." And so alongside the possible survivor-guilt of 'Walk Me to the Bridge' and eflection of 'Between the Clock', there are songs about Wire's dwindling Socialist values ('Moscow') and a self-referencing of the band's more notorious history: "so you played in Cuba did you like it brother? / I bet you felt proud, you silly little f*cker."

My overriding impression of this album however is one of generosity. There are songs loosely about the band and its primary lyricist, but these seem small ingredients alongside the wealth of ideas, the inclusion of fellow Welsh vocalists Georgia Ruth and Green Gartside (duets being another element shared with Futurology), and the impressive soundscape from Bradfield and Moore - hinted at in the previous album's closer, but fully formed here. It echoes not only the Krautrock of Can, Neu and Kraftwerk ('Black Square', to my ears, and also 'Misguided Missile'), but more domestic influences - PiL, Simple Minds, a dash of The Skids. I don't think manics have ever not worn their influences on their sleeves, but here the influences seem broader and more accommodating. And I'm very happy to have it in my collection. 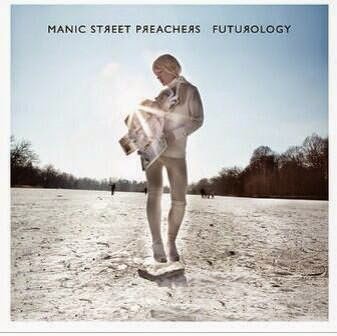 Cover story: It's allegedly a good sign because the band logo and lettering has the reversed letters back! fans would therefore expect a call-back to similarly-typed albums The Holy Bible, Send Away the Tigers and Journal for Plague Lovers, and, perhaps third album excepted, it's not a bad comparison. The photo: a blonde fraulein standing on a block of ice in brittle, beautiful midwinter sunlight. Gorgeous. And futurist Berlin architecture forms the backdrop to the band portraits inside. Job done.

Posted by Jet Simian at 6:00 PM No comments: